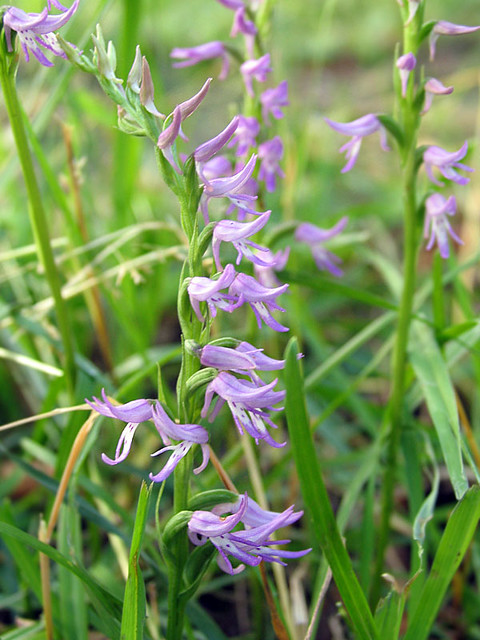 Tubers 2, spherical to ovate. Leaves only 2, practically tailless, sitting, lying on the ground. Inflorescence not very dense, unilateral. Medium-sized flowers, with a spur at the base of the lip. 3-patch lip. The rest of the perianth petals were pressed against the helmet. Stamen straight, with a narrow coupler. Rostellum small, without a bag. Hooks 2, elongated. The birthmark is quite large, heart-shaped.

The pillar of the kukuczka type (Neottianthe) seen from the front.

This genre only includes 4 species, which 3 grow in China, in Yunnan and Sichuan provinces. Our only kind – little hooded cuckoo (Neottianthe cucullata) – has a very wide range, which stretches from north-eastern and eastern Poland to Siberia and Japan.

Red tinged flowers, The spur and long claws indicate the possibility of pollination of our cuckoo by butterflies. So far, however, no observations have been made on this subject.