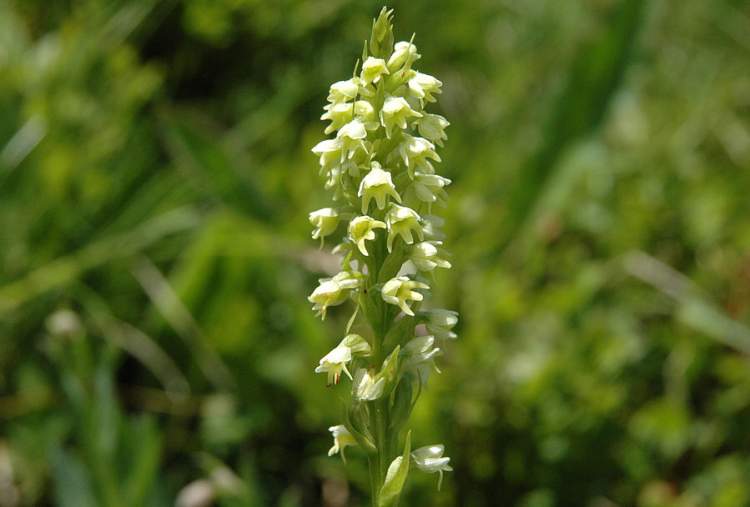 Palm-shaped tubers. Leaves on the stem. The inflorescence is cylindrical, multiflorous. The flowers are small, inconspicuous, turned by 180 °, bell-shaped open. Lingual to 3-lobed lip, at the base with a spur clearly shorter than the ovary. Stamen straight, abutment thickened. Rostellum is quite massive, covers the middle part of the birthmark. There are no bags, making both headgear bare. The transverse oval birthmark.

The column of the dove type (Pseudorchis) seen from the front.

Only one species belongs to this genus, dove whitish (Pseudorchis al-bida), also growing in Poland. Its range covers the mountains and highlands of central and southern Europe, Scandinavia, British Islands, Iceland, Greenland and Newfoundland.

Until recently, the Balkan P.. friwaldii (Shank) Sojak. However, due to the construction of the column, warżki, the tuber and the color of the flowers were included in the genus of gypsy (Gymnadenia).

Little, weakly smelling, the greenish-yellow flowers of the dove produce nectar that is stored in the spur. The sweet scent makes these flowers attractive to moths, which cause pollination. A high percentage of fruit set indicates the possibility of self-pollination.